skip to main | skip to sidebar

Posted by TheChiefCommie at 7:02 PM 6 comments:

Moon Hooch is essentially club dance music played by a (very talented) jazz trio. The dual tenor saxophones (interweaving, but usually with a 'rhythm sax' and a 'lead sax') have a great raw, live feel; I don't know what the recording for this album was like, but the production and the improvisation fit the band's reputation of live public shows in parks and subways around New York city. It's dance music, so you'll need to bear with the repetition, though the lead sax and the drums progress very nicely through each track.

Unrelated recommendation: You should definitely check out the new Lunar Aurora: Hoagascht. It's already going to be a tough release to unseat from my album of the year position. I'd post it up here, but I'm sure it's already all over the intertubes by now.
Posted by TheChiefCommie at 9:19 PM 1 comment:

2011 has really been a good year for new music. A handful of new releases (Doomtree, Panopticon, Ash Borer) completely blew me away and made the list without competition. But as I struggled to pare the list down to 20 I realized that this has been an exceptional year across the board. I'm still not entirely happy with some of the albums I had to leave off, but that's what top # lists are all about: sadness and regret. Anyway, like I said everything here comes highly recommended. There's obviously a lot of black metal here; that's just the style I keep up with the most now days.

Posted by TheChiefCommie at 2:07 PM 4 comments:

Vestiges - The Descent of Man 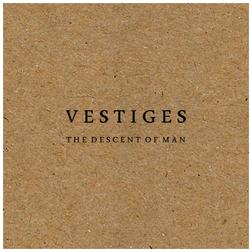 There seems to be some disagreement on the intertubes as to whether Vestiges is a black metal band or a crust punk band or whatever. I'm not sure myself, but they are definitely a good band. This is a dense, full-force album with thoughtful atmosphere, not unlike Fall of Efrafa. And they're touring! Go give 'em some money!

UPDATE: Vestiges contacted me with a link to their new split with Ghaust. Receive it here!
Posted by TheChiefCommie at 7:58 PM 2 comments: 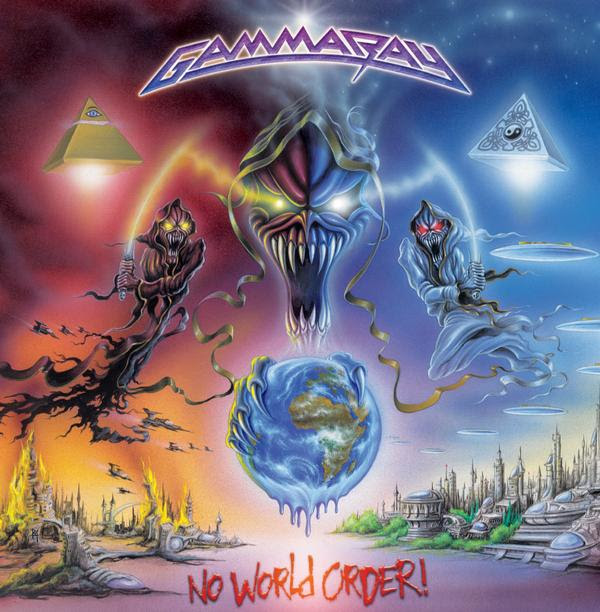 If your heart isn't already beating faster 30 seconds into "Introduction" you might have stone heart disease, because this is one of the greatest intros to any album ever made. Gamma Ray then proceeds to belt out 9 tracks of the best German power metal, finishing off with a ballad that I don't hate (a challenging task indeed). I don't listen to power metal as much as I used to, but Gamma Ray remains one of my favorites. Cry for freeeedom!

The Glitch Mob - Drink The Sea

I'm not usually into glitch electronica, but The Glitch Mob blends the beats so naturally that I'm probably mislabeling them based on their name. It's smooth, energetic and exciting. This album would probably have made my best o' '10 list, except that I only heard it for the first time a few days ago. But this is quality music - enough to wake me from my long blogging slumber.

This year I'm cutting my list down to 10 instead of 20. It felt more appropriate, though I'm not sure if that's because I haven't been putting as much effort into finding new music recently, or if there just really weren't as many awesome releases this year, or maybe I'm just feeling picky and leaving off a bunch of albums that I still like a lot and/or forgot about. Both Megadeth and Iron Maiden made new cds this year! Neither made my list - they weren't terrible or anything, just not top-10 material in my opinion.

(I'll try to use this as an excuse to actually post some new music soon too!)

Posted by TheChiefCommie at 11:39 PM 4 comments:

Labels: *blog announcements
Older Posts Home
Subscribe to: Posts (Atom)
You can contact me at thechiefcommie [at]

TheChiefCommie
This is a music blawg. I intend to post a variety of music that I find enjoyable; maybe I will become more focused at some point. My main musical interests are in metal, punk, ska, psychedelic/progressive rock, hip-hop and electronica, so those are the types of music you should expect to see here. As a side-note: some of the music here will reflect my political beliefs, which is something that is quite important to me. But some of it will not. This issue of meaning in music is something that has kept me awake at night, and I'm not sure I've come to a proper philosophical conclusion, but I have at least found that I am not purely a "music for music's sake" listener. Anyway!

Music, art and information rightfully belong to all people. Nevertheless, I must urge you to purchase all music you download from this site or delete it immediately (legally, but also for some good reasons). My hope is that this blog will serve as a promotional device for some lesser known musicians. Unfortunately, we live in an oppressive economic/social structure that makes it difficult for many artists and musicians to survive on their creative work alone. So if this blog leads you to any music you enjoy, go buy the cd! And buy a t-shirt and a concert ticket while you're at it, because very few musicians actually make a living from record-sales. If you created any of the music you see here and would like me to take it down, please send me an email and I will be happy to oblige.